Chapter 1 The Origins of the Swindlehurst Family

This Chapter is based on original research conducted by members of

Familial DNA research has shown that all Swindlehursts are related and can therefore trace their ancestry back to a single source / location and therefore a single person. The bloodline shows a Viking origin and probably among those who arrived from Iceland around 800 AD﻿.

The area closely associated with the earliest Swindlehurst name is the Hodder Valley from south of Whitewell to Dunsop Bridge. Almost the whole of the family history is centred on the area north of the River Ribble and along the banks of its tributary the Hodder. This relatively small area, no more than 10 miles across in the Forest of Bowland, now lies wholly within the County of Lancashire but until the latest boundary reorganisation, the land on the east bank of the Hodder and the west bank of the Ribble was contained in Yorkshire.

A variant of the name was recorded on a lease dated 1184 given by Sir Robert Fitzhenry to an Adam for land known as Swyneleyhurst. Adam was referred to as Adam de Swyneleyhurst, the first known record of the name. He may have been the head of a household, as all business would be carried out in the name of the head of the family.

In Smiths History of Chipping, (P239), Smith refers to John Swynlyrst leasing Farrick in the reign of King Henry VIII. He goes on to say “Derived evidently from Swyhehurst, the name Swinglehurst or Swindlehurst has been for centuries connected with the district.” Probably it is a corruption of Swinedalehurst - The wood of the dale of the swine.

OS Map centred on Ing Wood (historically known as Swindlehurst ing.) in the Forest of Bowland. Names which appear in the early history such as Fair Oak, Park Gate and Stakes are still in use. 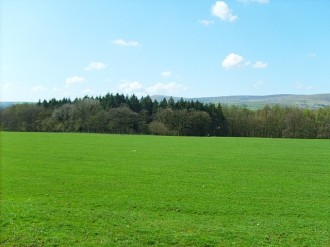 The Forest of Bowland was administered locally on behalf of the King, there were various Courts and other bodies involved and the Swindlehurst name features several times over the years as employees, witnesses, defendants etc. A Feudal system was in operation, where of the persons occupying land did not own the land but leased it from others in a rigid social order, from peasant to King. The head of the family owned the family property, and if there was any to pass on it went to the eldest son. The effect of this was that the younger son usually got very little and in two or three generations there could be considerable differences in the comparative wealth between members of the same family. Some Swindlehursts prospered and rose above the peasant class to positions of influence others remained in poverty.

From 1560 onwards, various Parish Records of Saint Andrews Church Slaidburn and the Chapelry of Whitewell, chronicle the Births, Deaths and Marriages of the Swindlehurst families. The earlier records were written in Norman French, Latin or Old English.

The items quoted below have been published in Greenwood and Bolton’s Bolland Forest and the Hodder Valley - A History. There is a deed of King Edward II in 1322, which lists the rents paid by the tenants of Bouland. The nine persons named include. William de Swynelhurst, the rent of 20s. The other persons mentioned are identified by the location of their vaccary, eg. William de Gradale for vaccary of Brennand, Adam de Whitleydale for le Trogh. William is recorded as William de Swynelhurst for a vaccary there. Clearly the place is known as Swynelhuyrst. In 1350 a survey of the Forest of Bowland revealed that there were 370 persons living within the Forest, of those persons many were named Swindlehurst.

In the accounts of the Master Forester of Bolland for Leagrim Park, in 1322 Adam de Swynelhurst and Thomas de Crumbilholme are paid 46s8d for the upkeep of the fence at Laythegryme Park. He also paid Adam a further 3s.3d for upkeep of another part of the fence. In 1335 Nicholas Swynilhurst for felling and splitting Oaks for the pales and rails and making one hundred and a half pales at 12d per hundred was paid 18d. In 1341 John Radcliffe, Keeper of Clitheroe Castle, set the rent of 30s. for Swinelhurst Farm and charged Adam de Swinelhurste 3s.4d for 10 acres of waste land. Henry de Worsley was the Storer, (Chief Cattle Keeper) of Bolland and his accounts for the year 1422 to 1423 make reference to Swindlehursts. In the early 1400s a Nicholas Swindlehurst worked as a joiner on repairs to Clitheroe Castle.

By the 1400's Fair Oak (or Faredokehouse or Farrick as it was known, Greystonlegh, Burholme (Byerholm) and Spaldingtonmon were all tenanted by Swinglehursts and all are within a mile or two of each other. Rural populations were small in number; they did expand in number but remained in one geographical location.

From the above records it appears that the family included skilled carpenters and that this skill was handed down from generation to generation. Involved not only in the construction of the deer parks of Leagram, Radholm and New Launde but also in finer work on many of the large houses in the district.

On 27th September 1596, Queen Elizabeth I’s Commissioners held an inquiry at Whitewell into affairs in the Forest after the death of Sir Richard Sherbourne the Master Forester. The remaining Deputy Forester was William Swindlehurst, born 1552, who lived at Hareden. He was questioned widely as to the conduct of the Forest and in replies mentions many residents including Thomas Swinglehurst who was tenant of Burholme.

Later the name spread west along the valley of the Langdon Brook from Dunsop Bridge to Abbeystead, known as The Trough of Bolland, and east towards Slaidburn and Gisburn.

It may never be possible to trace our line directly back to Adam de Swyneleyhurst but DNA results suggest srongly that he is directly related to all the subsequent Swindlehursts wherever they lived or died.

The earliest known ancestor in this family tree is Thomas Swindlehurst. He married in about 1690 and one son is known, William. William Swindlehurst was born in Slaidburn in 1694 and christened on 2nd September, a mere 5 miles from where Adam was recorded five centuries earlier, so little did the Swindlehursts move in the first few hundred years. William married a local girl (Mary or Elizabeth) and they had three sons and three daughters. One of these sons was William who was born at Trough House in Slaidburn in 1727, and is recorded as 'Welliemus f. Willielme Swinglehurst de Trough House'

William married Mary Marsden on 31st October 1754 and together they had 5 boys and 3 girls. The eldest of the children was John who was born on 12th September 1756 at Slaidburn. 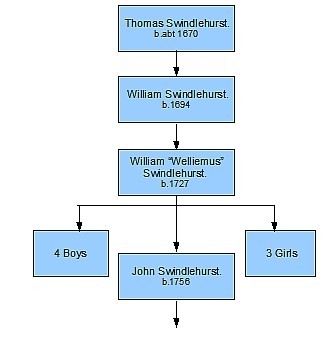 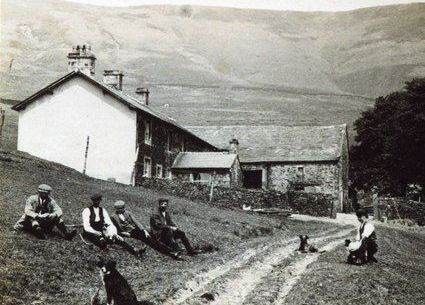 The farm-house at Trough House, Trough of Bowland. (Now demolished). 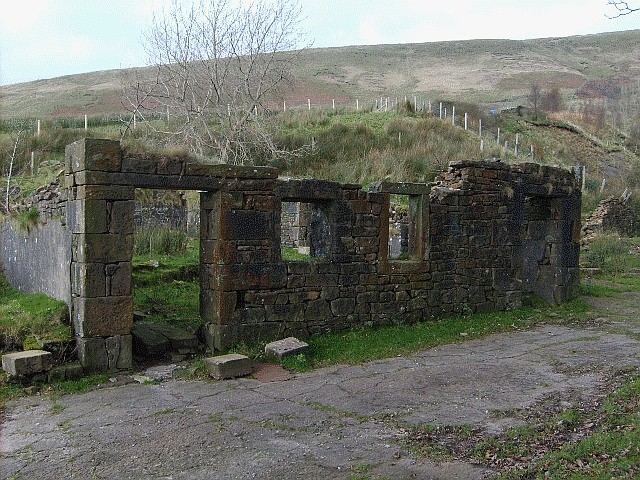 All that remains today of Trough House Farm