John Swindlehurst (or Swinglehurst) was born on 12 September 1756 in Sykes, Slaidburn. ﻿As an adult he was a blacksmith and he signed his name Swinglehourst. John played a bass-type instrument, possibly a cello, in the local church and in 1779 bought himself a notebook in which he wrote 108 pages of psalm settings written for a quartet together with a number of patriotic songs of the time. He also recorded in it the details of his family over many years of his life. As there are different handwritings in the book, it appears that others also wrote in it, possibly his wife or children. The notebook still exists and is in the possession of an American lady called Marie English. She is a direct descendant of John.

John married Ann Clarkson, a spinster, at Slaidburn on 26th February 1781. Ann was from the parish of Slaidburn; the witnesses were Ellin Clarkson and Charles Clarkson (possibly Ann’s siblings). After the marriage the newly weds moved to Root, a couple of miles away in Dunsop Bridge and although they moved away for a few years, returned here and this is where they both died. They had 10 children, most of whom were christened at Slaidburn. 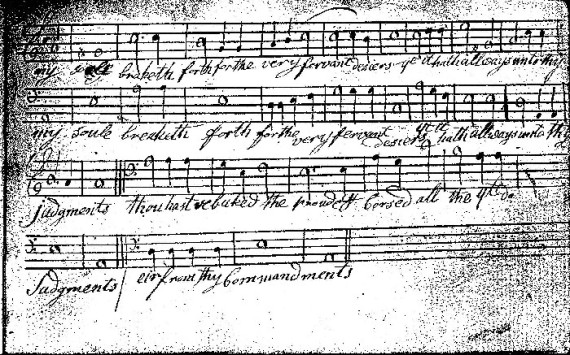 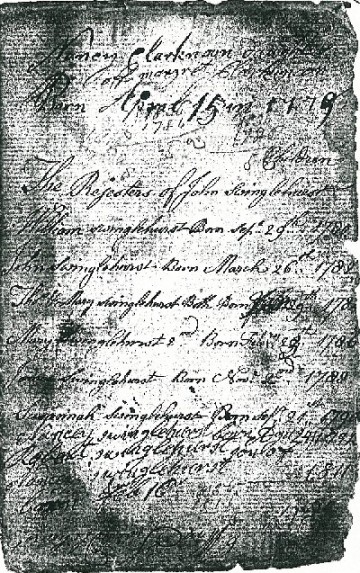 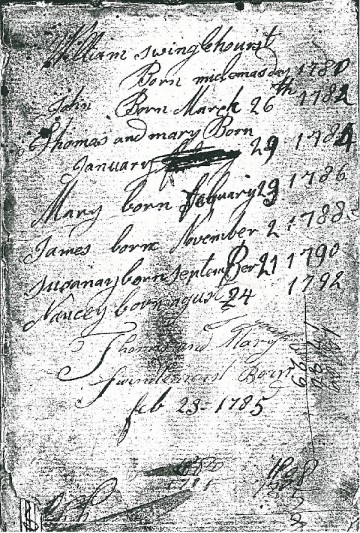