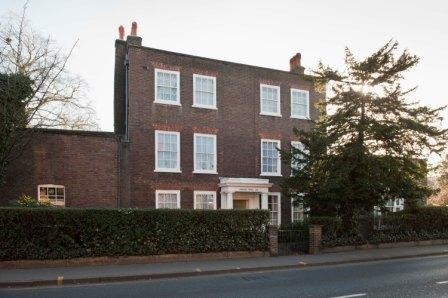 Today Dorset Hall is externally much the same as it was when the Lamartine Yates moved in, although many internal changes have been made when it was converted into flats for the elderly in 1946.

The main house is a three-storey double-fronted double-pile brick building with a centre portico, facing the road. The ground and first floors  on this north front, with parts of the flanks, are in plum coloured brick and date  from c1710. They were retained when the house was enlarged in 1830-33. On both sides are lower wings. The west wing is single storey and though re-fronted recently, has a decorated ceiling of 18th century character. The east wing has two storeys and once housed the service rooms, with access to the stable yard. 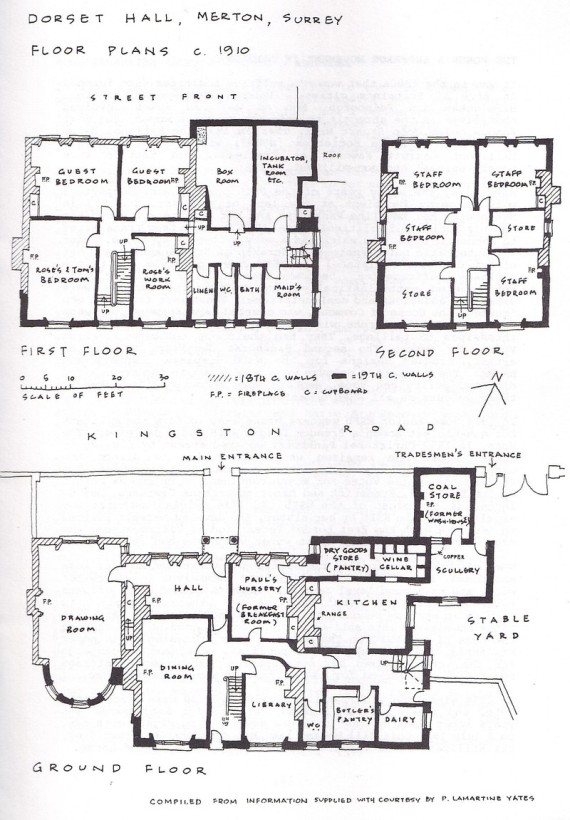 When Rose and Tom took the house, its entry from the road was through a wide hall with a fireplace, linked by a narrow passage to the centre stair at the rear. On the left was a breakfast room, with a door into the pantry in the service wing. After Paul's birth this room became a nursery. To the right a door opened into the drawing room with its rounded bay.