3. The 17th Century and Killins Farm

In the early 1600s fishing was second only to agriculture as a principal industry in the Shotton area. Even though the deeper waters of the River Dee were some distance away, at high tide the flood plain of the river reached as far as the line of the present main road.

Between the years 1600 and 1650 a number of cottages were built in the area, on the edge of the Shotton Dee marshes, just above the high water level. They are believed to have been the homes of fishermen and were single storey buildings, originally with no windows, although these were added in later years. These "Shore Cottages", as they were known, had thatched roofs and consisted of only two rooms, each measuring 10 feet by 12 feet. The last surviving Shore Cottage was demolished around 1960. It was situated about 100 yards south of the present main road, near the town's boundary with Queensferry, (now the playing field of John Summers High School). 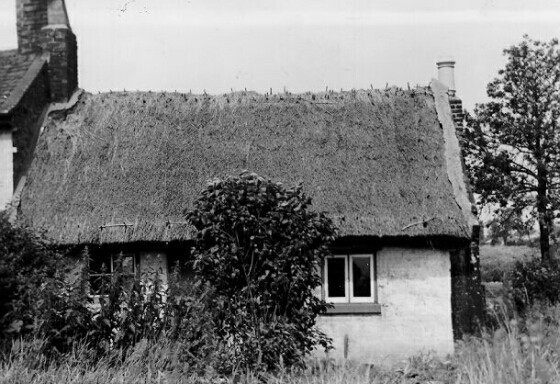 The Last Shore Cottage in Shotton (Demolished in 1960)

Part of the old farmhouse at Killins Farm, currently standing in a semi-derelict condition, was likely to have been built in the early 1600s, and included a well and a dairy. Part of this building, at the rear, appears to have been demolished in the mid 19th century, and a new taller annexe added.

The occupancy of the farmhouse is as follows:

Deeds dated the 20th of March 1657 state that Thomas Ravenscrofte then occupied the building. Ravenscroft was related to the Whitleys of Aston Hall by the marriage of his daughter, Dorothy. Soon after this date it is known to have belonged to "Salisbury of Leadbrook." His daughter was married to "Lloyd of Bachegraig," who assumed his wife's family name of Salisbury when she inherited the property.

By the will of Lloyd (now Salisbury), the property was bequeathed to a Mr. Brereton, his wife's lover!

Mr. Brereton's eldest son inherited the farm estate and he too assumed the name Salisbury. (Incidentally, Brereton's younger son became the vicar of Northop Church, and later the Rector of Liverpool). On his death, the estate was left to his relative Charles Trelawney, son of Sir Henry Trelawney Bart, owner of Shotwick Park. To add to the confusion, Trelawney also took the name Salisbury.

Salisbury sold the farm to Edward Jones of Wepre Hall. The farm is then known to have comprised of 170 acres, showing that it had changed little in over 500 years, (155 acres in 1284).

In the mid 1800s the Fox family occupied the farm as Wepre Hall tenants. They later moved to work Sealand Manor Farm, and their name is remembered in Fox's Drive in Sealand, which leads to the farm. The next tenant was Mr. Edwards, who is described as being a "Gentleman Farmer."

Mr. Edwards left the property in 1893 and was replaced by Mr. Williams of Nevin.

In this year Mr. W. Laurence Davies of Ewloe moved into the farmhouse. In 1920 Mr. Davies bought the farm. 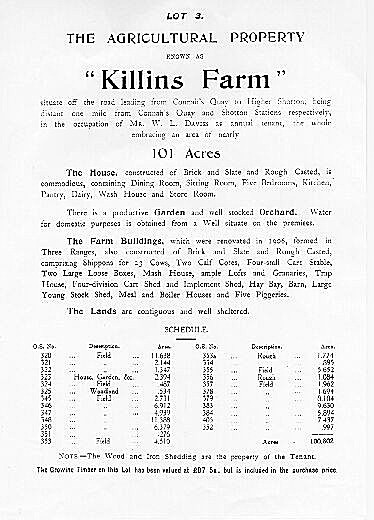 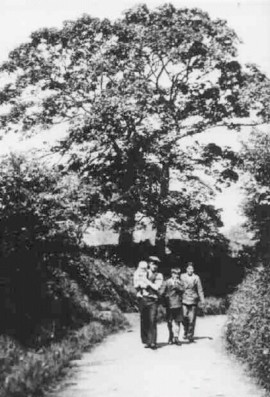 In 1920 Mr. Davies bought the farm from the Wepre Hall Estate at auction for £3,950. Mr. Davies remained there until the farm was sold to a Cheshire dairy company owned by the Sandbach family, in 1937.

Mr. Wilson became the first and only tenant to the Sandbatch family, as he later became owner when he inherited the property. When Mr. Wilson sold the farm, his son, Samuel, continued to live there for some time as a farm labourer. During this time the fuselage of a downed Wellington Bomber lay on the farm's land, and was used as an outbuilding. 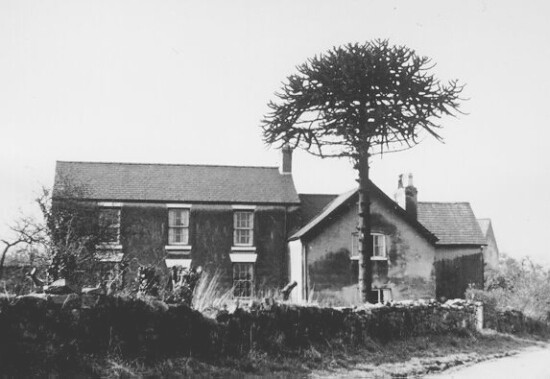 The farm today is much smaller, comprising of 87 acres. It is owned and worked by the Taylor family. The old farmhouse has not been occupied for many years as a new bungalow has been built to provide accommodation.

2016 Update: How good it is to see that the locally important Killins Farm House has finally been saved from dereliction and inevitable demolition. Work is progressing to renovate the old farm house and the associated barn and turn them back into habitable buildings. A big thank you to whoever has had the vision, and money, to save this iconic building!!