In the year 1637 a manor house called Shotton Hall was built by Piers Stanley of Ewloe, a descendant of the Stanleys of Hooton. It was situated in about half an acre of land and the building stood where number 5 Gladstone Street and numbers 30 and 32 Plymouth Street now stand. 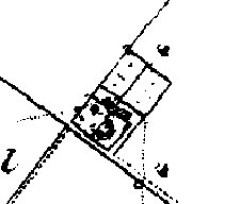 The hall was built of brick except for the quoins which were of stone. The outside walls were decorated with lozenge-shaped recesses. An unusual feature of the Hall was that it possessed an indoor well. A stone building with a thatched roof stood at the rear of the hall and housed the servants' quarters. The hall was enclosed on the north side by a low wall. There was an orchard on the south side which was protected by high hedges.

About a hundred years after its construction, it is known to have been occupied by a Mr. Whitley, a member of another distinguished family. The Whitleys were from Aston Hall and were related by marriage to the Stanleys. They were famed in Flintshire for their military honours. 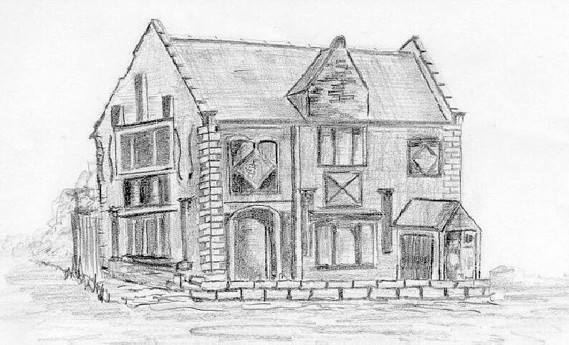 Various local stories abound of visits to Shotton Hall by famous dignitaries, amongst whom King Charles I and Oliver Cromwell are named. All these stories are unsubstantiated and unlikely to be true. One story, however, does seem to have an element of truth about it. The story states that the first Earl of Plymouth was born at the old hall. There is no direct evidence to prove this, however it is believed that Elizabeth Whitley, daughter of Thomas Whitley of Aston Hall, married the second Earl of Plymouth in 1700. Perhaps a visit to their relatives in Shotton was the origin of the story. Whatever the truth may be, the Plymouth name has been preserved in the name of the street where the hall once stood.

In the year 1807 Shotton Hall came under the management of the Wepre Hall Estate, and generally it was used to house agricultural workers and their families. By the early 1900's the hall was in a very poor state and gradually fell into ruins. The site became known to the locals as "Windy Arbour." The derelict buildings were demolished and cleared for housing development in 1929. 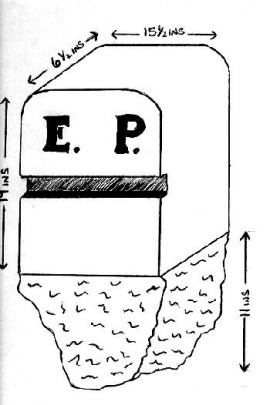 Two important artifacts from Shotton Hall have been found in recent years. In about 1960 a circular piece of brass, about the size of a 20 pence-piece, was found by Arthur Davies of Gladstone Street, in a garden on the site of the Hall. It was a Guinea-Weight, used to check if gold guineas were genuine or fakes. It had probably been lost in the grounds by the occupier or a visitor about 250 years earlier.

Another item found under the soil in the grounds of the Hall was an unusual shaped stone of about the 18th century. It may originally have been a grave marker, but it was reused at a later date. The stone measured 30 inches long by 15 inches wide, and was 6.5 inches thick. At the top were the carefully carved letters "E.P." Below it, a groove about half an inch wide had been roughly chipped out at a later date. The lower 11 inches had not been shaped as if this section was intended to be below ground. Who E.P. was we will probably never know, but those faithful to the old stories may believe that it stands for the Earl of Plymouth.